There is growing concern about banks again, reflected in what is known as the "Ted Spread" - the difference between the yield (effective interest rate, compared to trading price) of government debt (3-month US Treasury bills) and interbank lending (the LIBOR rate). According to Paul Nolte, the difference has widened over the last three months from 10 basis points (0.1%) to over 50 b.p. (0.5%). In other words, investors are willing to accept a lower income from government debt, in exchange for greater confidence that they will be able to get their money back.

The Ted spread can be a significant indicator - I passed on concerns about it in December 2007, months before the great credit crisis slammed into us. But to put it into perspective, at that time the spread was 2%, or four times higher than now. Nevertheless, a straw in the wind.

And evidence that there are those in the market who know (or have good reason to suspect) what's going on, long before it's disclosed to the rest of us by our alert and expert news media. Still, the latter can hardly be blamed - Peston the messenger was shot at by many, even when his message came rather late.

Perhaps I should take an insanely insouciant, upbeat angle on it all, like the Book in The Hitchhiker's Guide to the Galaxy: "Many men of course became extremely rich but this was perfectly natural and nothing to be ashamed of because no one was really poor, at least no one worth speaking of." On the same note, James Quinn's latest post includes the following graphs: 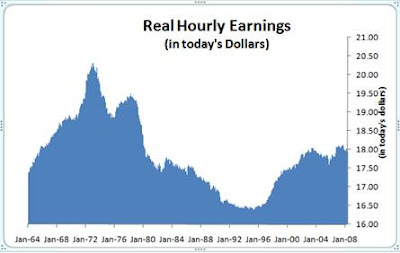 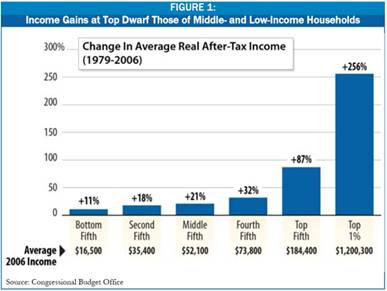 DISCLAIMER: Nothing here should be taken as personal advice, financial or otherwise. No liability is accepted for third-party content, whether incorporated in or linked to this blog.
Posted by Sackerson at 07:38