A snapshot of the Irish disaster 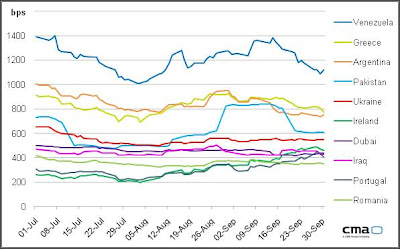 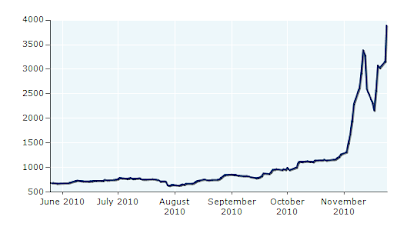 Some might say that supporters of the Euro currency system are throwing good money after bad. It is not a good thing to let the markets sense an emotional attachment to a position, and the bond traders may find a way to exploit this weakness, just as George Soros did when the UK attempted to preserve its link to the Exchange Rate Mechanism. The crisis of "Black Monday" (16 September 1992) merely made Soros a billion dollars and cost the UK Treasury £3 billion sterling.

DISCLAIMER: Nothing here should be taken as personal advice, financial or otherwise. No liability is accepted for third-party content, whether incorporated in or linked to this blog.
Posted by Sackerson at 18:43