New government plan: "Send them all to China" 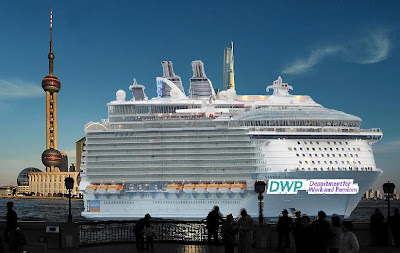 The Chancellor of the Exchequer, Mr George Osborne will later today unveil radical proposals for tackling the financial burden of the benefits system. It will replace the controversial "bedroom tax" with a package of reforms even more ambitious than the postwar establishment of the Welfare State.

The central plank of the proposals is that all those who, over their lifetime, are likely to receive more in benefits of all kinds than they pay in taxes, are to be relocated to China and supported there, far more cheaply. This will greatly ease the pressure on British housing stock, and at the same time create much-needed additional demand for the PRC's 64 million unoccupied apartments, many of them brand-new.

The scheme's potential is staggering. For example, there are an estimated 1.8 million people in "pensioner poverty", 2.5 million unemployed, 3.5 million low paid workers, 1.7 million children with special needs and 11 million disabled, which suggests that up to 20 million Britons could be set for the one-way plane (or slow boat) trip to China's provinces.

"The exact figures are impossible to assess at this time," said a spokesman. "Partly, this is because the savings will be so great that taxes can be slashed, which will have a knock-on effect on prices. So people who previously would have been categorised as poor will find it much easier to make ends meet.

"All these will see their income reduced, and some will fall into the same bracket as their former clients and customers. The latter will be offered the choice of continuing in their role, but on Chinese pay rates and conditions, or simply becoming claimants themselves."

A confidential source tells us, "Osborne's team had intended to work through the details for at least another year, but the Americans had got wind of it and so the announcement has had to be brought forward to beat them to the punch." It is understood that half the empty houses in China have been reserved for the UK.

The plan has no official name as yet; but some say it will be dubbed the "Osborne resettlement plan", others think it will be called the "Shipham Scheme" in order to allow the Chancellor to distance himself from it if it turns out to be a failure.

Speaking from New York in his new position as president and chief executive of the International Rescue Committee, Mr David Miliband said, "What this plan really shows is the importance of pay rises for the poor, since we all need them, especially my Party." Mr Miliband pledged to contribute a proportion of his £280,000 salary towards a fighting fund to oppose Mr Osborne's plans; asked exactly how much he was intending to give, he replied that it was hard to say, as he needed to relax a lot in a job like his.

All original material is copyright of its author. Fair use permitted. Contact via comment. Nothing here should be taken as personal advice, financial or otherwise. No liability is accepted for third-party content, whether incorporated in or linked to this blog; or for unintentional error and inaccuracy. The blog author may have, or intend to change, a personal position in any stock or other kind of investment mentioned.
Posted by Sackerson at 10:23